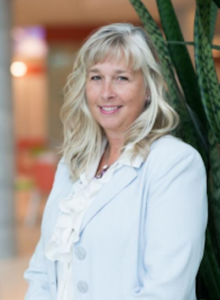 Michèle is the Director General of Partnerships and Risk Mitigation at the​ ​Canadian Centre for Cyber Security. The Partnerships and Risk Mitigation directorate is responsible for providing IT security advice, guidance and services to Canadian critical infrastructure organizations and for advancing collaborative relationships with private industry to strengthen cyber security practices in Canada.

Michèle graduated from Royal Roads Military College (RRMC) with honors, and has also undertaken post-graduate studies in Business Technology at Boston University, and she has completed the Canadian Security Studies Program (CSSP) at the Canadian Forces College, and the Senior Executives in National and International Security (NIS) Program at Harvard University’s prestigious Harvard Kennedy School (HKS).

The past 18 months have produced a watershed year with accelerated digital transformation across the board, requiring a unique level of collaboration between the public and private sectors. Our challenge as technology leaders is to protect organizations from the vulnerabilities that digital transformation introduces while also leveraging these same technologies to build resiliency, agility and employee... read more