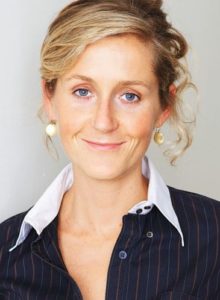 Martha is an entrepreneur and internet activist.

Martha became a crossbench peer in the UK House of Lords in March 2013.

In 2020 Martha became the Chair of the Supervisory Board at Wetransfer. In 2017 she was appointed  a member of the Joint Committee on National Security Strategy.

In March 2014 she was appointed Chancellor of the Open University.

Martha is a director of Twitter and Non Executive Director of Chanel. She is also a non executive director of Queens Commonwealth Trust.

Martha co- founded and chairs LuckyVoice, revolutionising the karaoke industry. She founded Doteveryone in 2015 after giving the Dimbleby lecture on BBC1. Doteveryone started a responsible tech movement and in 2020 passed its tools and products to Ada and ODI to scale the work.

Martha is a Patron of AbilityNet, Reprieve, Camfed and Just for Kids Law.

From 2009 to 2013 Martha was Digital Champion for the UK and helped to create the Government Digital Service – this team launched gov.uk transforming government service delivery. In 2013 Martha was awarded a CBE.

In 1998 Martha co-founded Europe’s largest travel and leisure website, lastminute.com with Brent Hoberman. They took it public in 2000 and sold it in 2005.

A long view of responsibility, technology, and society.