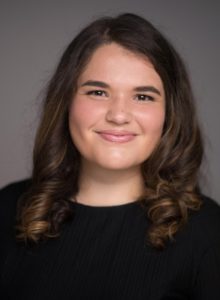 Lauren Lombardo is studying Digital Government and Technology Policy at Harvard University’s John F. Kennedy School of Government. During her time at the Kennedy School, Lauren has consulted on a number of digital government projects including for the United States Air Force; the City of Lincoln, Nebraska; the City of New Haven, Connecticut, and the State of New Jersey. Most recently, Lauren worked with Microsoft’s Worldwide Public Sector to publish her Master’s thesis titled Effective Implementation of Government Platforms.

Prior to her studies at Harvard, Lauren was a Senior Data Scientist at Nielsen, where she managed product enhancements for two digital measurement products. A California native, Lauren spent much of her early career working in California politics.

Making it easy to serve people, by providing better tools

To best serve its constituents a government must provide reliable services. In today’s world, this means public services that are flexible, connected, and adaptable. Platform tools like GC Notify can empower public servants to meet these expectations. Elodie Bouneau (Director of Platform at CDS) and Lauren Lombardo (Harvard Kennedy School) will discuss how governments can build and put into... read more