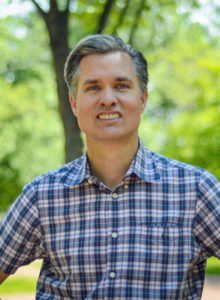 Technical Director, Office of the CTO

Joel Minton works as a Technical Director in the Office of the CTO at Google Cloud. In this role, Joel engages with executives of the world’s top companies and government organizations to deliver great technology, maximizing technology and business outcomes. Prior to Google, Joel worked in the White House to start and deliver login.gov, an effort focused on building a public identity platform to increase security, usability and privacy for the United States government and the millions of users it supports.

Prior to joining the White House, Joel was an engineering leader at both eBay and Intuit. At eBay, he delivered software to enable large-scale optimization of internet marketing and eBay site experiences. Joel started and led the team that built eBay Partner Network, eBay’s affiliate platform. At Intuit, he had leadership roles in TurboTax online, site operations and data. In one of Joel’s roles at Intuit, he and his team architected and implemented the TurboTax data warehouse and personalization engine, driving significant year over year revenue growth.

Join Alistair Croll, co-founder of the FWD50 conference, for a fireside chat with Google Cloud OCTO Group’s Technical Director, Joel Minton, on Rethinking Public Infrastructure: Service Delivery in the Data Age. Minton will draw on his experience transforming traditional businesses, as well as his public sector experience founding Login.gov and building SSO for the US Federal government, to show... read more