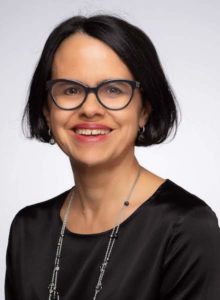 Jennifer M. Welsh is the Canada 150 Research Chair in Global Governance and Security at McGill University, where she directs the Centre for International Peace and Security Studies, and a Senior Research Fellow at Somerville College (University of Oxford). She was previously Professor and Chair in International Relations at the European University Institute and Professor in International Relations at the University of Oxford, where she co-founded the Oxford Institute for Ethics, Law and Armed Conflict. From 2013-2016, she served as Assistant Secretary-General and Special Adviser to the UN Secretary-General, Ban Ki-moon, on the Responsibility to Protect.

Professor Welsh is the author, co-author, and editor of several books and articles on international security, the UN Security Council, humanitarian action, and Canadian foreign policy. Her most recent book is The Return of History: Conflict, Migration and Geopolitics in the 21st century (2016), which was based on her CBC Massey Lectures. She is currently working on a series of publications emerging from a five-year European Research Council-funded project called ‘The Individualisation of War’.

In April 2021, Professor Welsh was elected an International Fellow of the American Academy of Arts and Sciences. She sits on the Board of Directors of the Trudeau Foundation, and the advisory boards of the Peace Research Institute in Frankfurt, The Global Centre for the Responsibility to Protect, and the Auschwitz Institute for Peace and Reconciliation. She has a BA from the University of Saskatchewan and a Masters and Doctorate from the University of Oxford (where she studied as a Rhodes Scholar).

The internet is harming society part two: How to fix it

How to regulate the internet has been a blazing hot topic lately, with Germany, the EU, the UK, Australia, and now also Canada taking steps to curb online harms. It’s a complex landscape, with lots of room for error, and governments are picking their way through it gingerly and with trepidation.

So far, the conversation about how best to shape our experiences online has mostly been... read more