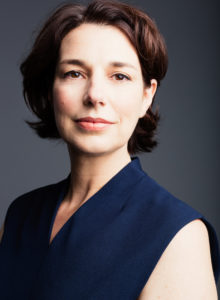 Prior to Data & Society, Janet worked for the Open Society Foundations for more than a decade, where she oversaw funding strategies and grant-making related to technology’s role in supporting and advancing civil society, particularly in the areas of human rights and governance/accountability.

Janet started her career in technology start-ups in Central Europe, participating in several successful acquisitions. She sits on the board of the Public Lab for Open Technology and Science and advises a range of non-profit organizations. Janet holds an MA from the University of Virginia, and a BA from Amherst College.

Algorithms and the State: Rights (and wrongs) in an era of algorithmic decision-making

We know that algorithmic decision-making systems need guardrails to ensure just outcomes for all. Why is algorithmic accountability so hard in practice? An exploration of challenges and creative solutions in the emerging field of algorithmic governance.