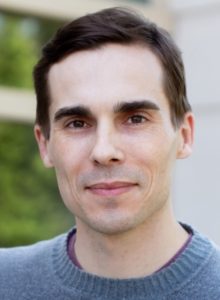 Chris has a background in EE, with a PhD in machine learning for speech and language from Johns Hopkins. He was a Fellow at Harvard for graph statistics and machine learning before spending time in the field. He served as chief data officer for DARPA in Afghanistan, and then as country lead with oversight of all battlefield research programs. Upon return, his DARPA programs invested hundreds of millions of dollars into open source software. His work has been applied to countering human trafficking, financial fraud, and terrorism, and has received awards from the White House, Defense, and Treasury departments. In 2016 President Obama awarded him a Presidential Medal for Extraordinary Efforts to Combat Trafficking in Persons. Since coming to Microsoft Research, he’s worked in Special Projects helping build multiple disruptive technologies before becoming Managing Director.

Before joining Microsoft, Chris was a Program Manager at the Defense Advanced Research Projects Agency (DARPA), where he created and managed DARPA’s leading programs XDATA, Memex, and the Open Catalog. His work has been applied to countering human trafficking, financial fraud, and terrorism. In recognition of this work, Chris received the 2016 Presidential Award for Extraordinary Efforts to Combat Trafficking in Persons, the Secretary of Defense Medal for Outstanding Public Service, and a Department of Treasury Intelligence and Analysis medallion for combatting terrorism financing. Chris also served DARPA as the Agency’s country lead in Afghanistan, where he oversaw DARPA’s portfolio of programs and led data science and analytics efforts. His work was cited in President Obama’s Big Data Report as helping commanders solve operational challenges during the most violent years of the war in Afghanistan. In recognition of this work, he received the Department of Defense Joint Meritorious Unit Award.

Chris’s work has been featured in media outlets including Popular Science, CBS’s 60 Minutes, CNN, the Wall Street Journal, Rolling Stone Magazine, TEDx, and Google’s Solve for X. Chris was profiled in a cover feature for the Sept/Oct 2016 issue of Popular Science. Prior to DARPA, Chris was a fellow at Harvard’s School of Engineering and Applied Sciences. He was a Department of Homeland Security Graduate Fellow and earned a PhD from Johns Hopkins University in electrical engineering, where his research focused on machine learning, statistical methods for large data sets, and human language technology. He earned a BS from Oklahoma State University.

Building resilience at every level of society - What did we learn and how do we move forward?

The COVID-19 pandemic has upended every aspect of society and, at the same time, the urgent need for a response has spurred collaboration, innovation and creativity. The genetic sequence for COVID-19 was first published in January 2020. Before the end of the year, new vaccines—which typically take five to ten years to develop—were approved for emergency use in multiple nations. This astounding... read more