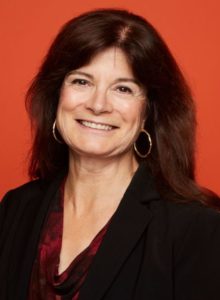 Carolyn Porco is a planetary scientist and explorer, and a popular public spokesperson on science, planetary exploration, and the future of humanity. She was the leader of the imaging science team on the Cassini mission at Saturn from 2004 to 2017, and a veteran imaging scientist on the celebrated Voyager mission to the outer solar system in the 1980s. Asteroid Porco 7231 is named in her honor.

She has co-authored over 130 scientific papers in planetary science, including reports of a large suite of findings on Saturn and its rings and moons as a result of her leadership of the Cassini imaging experiment. Among her team’s many discoveries are new moons and rings of Saturn, lakes and seas of hydrocarbons on Saturn’s largest moon Titan, 100 geysers of frozen mist erupting from its small moon Enceladus, and new phenomena in Saturn’s rings.

A popular international public speaker, she has presented twice at the renowned TED conference and once at TEDxBerkeley. In 2008, she opened the unusual, worldwide, multi-media event sponsored by TED known as Pangea Day with a speech illustrating humanity’s cosmic place.

She co-conceived, along with Carl Sagan, the famed Pale Blue Dot picture of Earth from the Voyager spacecraft, and she was responsible for the Day the Earth Smiled event on July 19, 2013, when another image of the Earth was taken with her cameras at Saturn. Dur the latter, members of the public all over the globe were invited to take part in a moment of reflection and celebration of humanity’s place in the cosmos.

In 1999, The Sunday Times (London) selected her as one of 18 scientific leaders of the 21st century. In 2008, Wired Magazine chose her for its first list of “Fifteen People the Next President of the United States Should Listen To”, and New Statesman chose her in 2009 as one of “50 People Who Matter Today”. In 2012, she was named one the “25 Most Influential People in Space” by TIME magazine. For her scientific accomplishments, she received a Distinguished Alumni Award in 2011 from her alma mater, Caltech. She has been recognized with Honorary Doctorates of Science from Stony Brook University, Arizona State University, and Monmouth University.

She was a consultant on the main character, Ellie Arroway, for the Warner Bros movie adaptation of Carl Sagan’s novel, Contact, and she was the science advisor to the 2009 JJ Abrams’ Paramount Pictures film Star Trek.

For her contributions to science and the public sphere, she was awarded the Carl Sagan Medal, presented by the American Astronomical Society for Excellence in the Communication of Science to the Public in 2010, and the inaugural Eliza Scidmore Award for Outstanding Science Media by the National Geographic Society in 2018.

There is no planet B

We have entered the era of New Space … when commercial interests, long eager for access to space, have been given the green light and are finally making headway.

This raises the question: Will the routine use of space by commercial enterprise be what it is currently advertised to be? Will mining asteroids save the Earth? Will moving human civilization to Earth-orbiting space colonies... read more