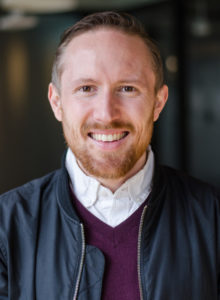 From the BlackBerry to the Canadarm, to fundamental physics at CERN, as a Waterloo engineer, Ben has helped contribute to some of Canada’s most advanced technology. As a seasoned Silicon Valley entrepreneur, Ben has helped launch 3 venture-backed tech startups (Presto, Clearco, Proof). And as a government geek, he has helped advance policy within 3 government space agencies, 2 divisions of the United Nations, the Canadian Urban Institute, and the Yukon Government.

As the CEO of Proof, Ben leads a team empowering governments at all levels across Canada to go paperless by streamlining approvals, digitizing forms, signing with a single click, and improving data-driven decisions – all in one central software platform designed specifically for government.

Much has been said about the tension between private tech companies and the public sector. How do governments benefit from cutting-edge tech and economy-of-scale efficiency while avoiding platform dependency and maintaining the public trust? This candid discussion with senior executives from leading technology innovators sheds light on the careful balance of delivering to government.