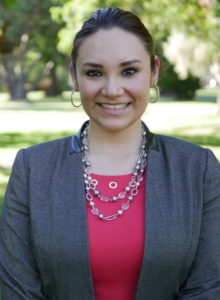 Angelica Quirarte, also known as Angie, is a Governor’s Appointee as the Deputy Director in the California Office of Digital Innovation. Most recently she was product owner of the Alpha of CA.gov and led the team that created Californian’s response website to COVID19- covid19.ca.gov. In her role she works on strategic engagements that use design, data, and empathy to solve hard problems and empower public servants. She has developed and implemented state-level governance structures and policies for digital innovation including web standards, web accessibility, open data, and open source. She was a member of the California GovOps DMV Strike Team that Governor Newsom announced in January 2019 where she led the coordination of the strike teams’ deliverables to help transform DMV service delivery.

To support the platform of change, she founded NxtGov, a non-profit and network of government change-agents looking to bring pride back into public service and bridge the silos to help us collaborate, serve, and inspire the next generations of public servants. Angie was born in Guadalajara, Mexico and migrated to the Bay Area with her parents and two younger brothers when she was 10 years old. She has a BA in History of Public Policy from UC Santa Barbara and loves to dance and spicy food.